Anyway, all of that couldn’t happened without the ragtag bunch that are the heart and soul of BrewDog; living and breathing the craft beer cause in order to keep us moving onwards and upwards towards the heady heights of world domination. 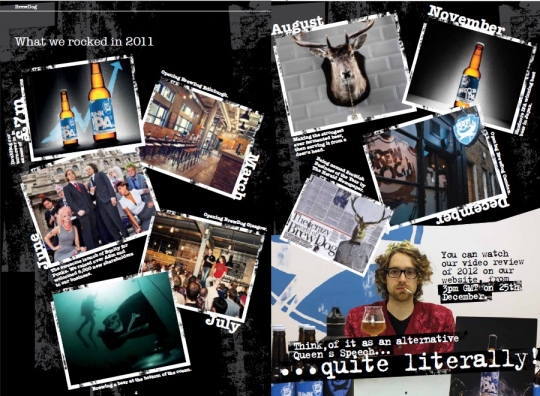 BrewDog is as much about the beers as it is about the people who work with us so in honour of this, now's the time to join us as we cast our minds back over the highs, lows and more suspect moments of 2011 through the eyes of some of our most rockin' BrewDogs...

“So many memorable things happened this year at BrewDog: Setting up stall at several events, and witnessing first-hand the passion our customers have for our beers. Seeing the growth and development of our brilliantly cosmopolitan warehouse and production teams. The excitement of helping each new bar open; and the horror of receiving a phone call at 1AM on a Saturday morning explaining they are about to run out of beer and need an emergency delivery. Growing our keg volume fourfold. Ordering packaging materials from a taxidermist rather than a glass manufacturer.  Receiving threatening phone calls from InBev’s lawyer. Cooking with Tim Anderson in the brewery. Seeing Martin Dickie dressed up as a woman on too many occasions.”  Dempster (BrewDog Special Ops Maestro)

“4 cities, 9 flats, 2 countries, 1 tank. That's a pretty accurate summary of my 2011 with BrewDog. Overseeing the growth of our bar division had been phenomenal.  To go from one bar in Aberdeen to four nationwide, with plenty more on the cards for 2012 is a huge leap. Next year will be even more exciting, with 10 new bars on the cards and the new brewery on its way. Bring it on, bitches!” – Rebecca (BrewDog’s awesome project manager and craft beer bar guru) 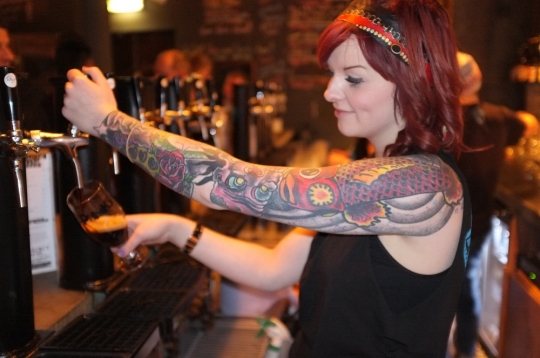 “This year really has gone with a bang at BrewDog Aberdeen! Penguin and Stoat costumes featured heavily in my wardrobe choices, also a rather dashing pair of lederhosen featured once or twice ... (I saved those for my personal collection) I have seen so many incredible BrewDog beers grace our taps, some of us shed a tear or two when we had to say “goodbye”, especially to Ingrid! I have seen some of the world’s most amazing craft beers on our taps as well. Stone, Mikkeller, Southern Tier, Nogne, Evil Twin, Anchor, Left Hand, Great Divide, Lost Abbey, Port Brewing, 8-wired and most recently Lagunitas! We have spoiled ourselves and our loyal pups with so many events, Keith Greggor from Anchor, Yusef Cherney from Ballast Point, IPA Wars saw more than 20 different IPA’s on tap in one night, The Dark Side saw the same number of dark beers, and who could forget Aberdeen’s first alternative Beer Festival? Three days of exclusive beer launches, barbeques and awesome live music. With so much action happening this year, opening three new bars, BrewDog Aberdeen unfortunately had to wave goodbye to some of our much loved staff, as they headed for the bright lights of BrewDog Edinburgh, Glasgow and Camden, but we got to say “Hello” to some awesome new staff, and I got an awesome new job! I have had the pleasure of introducing thousands of people to the craft beer revolution and have continued to build on the ever loyal base of BrewDog recruits in our fine city.  Kerry (Craft beer champion and Manager at BrewDog Aberdeen) 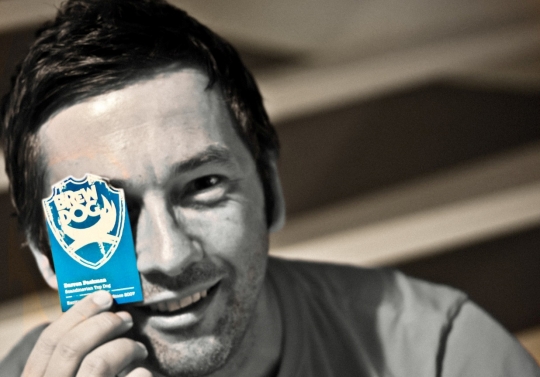 “2011 was the 'Year of Ingrid' here in Sweden. She came and she conquered not just once but twice, setting a new keg pouring record of 8 minutes 12 seconds for 30 litres and became the fastest selling craft beer in the Swedish alcohol monopoly ever, with Ingrid queues snaking outside Systembolaget stores as hopeful beer drinkers tried to get their hands on her. It was also the year BrewDog did what other breweries have failed to achieve by launching its 'IPA is Dead'  mixed 4-pack into the monopoly to huge acclaim, put Punk into a can and made Hardcore IPA go national. Chuck in a load of awesome BrewDog tastings, some top-notch BMDs and three beer shows where we rocked and it's fair to say things in BrewDog's biggest export market are looking better than Stuart Bowman's beard (and that's saying something). Standout moment for me? Probably when James poured Ghost Deer at the Stockholm Beer & Whisky Festival in front of a frenzied crowd: i've seen some things in my time, but...” Darren (BrewDog’s top dog in Sweden)

"My year in Brewdog can be described in 2 words! Full on! I began as manager of Aberdeen, before moving on to open Edinburgh, then onto Glasgow and finally in December Camden. Awesome opening nights, great events, and world class beers. What has really made 2011 for me though has been continually finding A grade teams for the new bars. Their enthusiasm, passion and work ethic never ceases to inspire me."  (Bruce - Head of our Bar Division)

Fanboy Puppy Lover 06.01.2012 @ 11:01am
Reading Rebecca's words, it looks like 10 new bars in 2012 is indeed the aim. I'm sure that 13 by the end of 2012 was a stated aim at one time. We already know about 3 new ones pretty much sorted (Nottingham, Leeds and Newcastle) but it's only early January so 7 more in the rest of the year should be no problem! Cue desperate Brewdog fans pleading for a bar in their city...Liverpool next please!!
Steve Armstrong 03.01.2012 @ 3:44pm
Surely 6 new bars plus four existing bars makes 10?
BenH 03.01.2012 @ 10:57am
Brewdog Edinburgh is my favorite bar in the city, thanks for opening it. The staff there are all amazing (especially Andy, Lou and Ross). Bruce does an excellent job and he always answers my questions with the answers I want to hear. Don't know how he keeps on top of it all. A level of service unparalleled.
Stephanos 03.01.2012 @ 10:22am
10 new bars in 2012? I only counted 6 in the prospectus...where are the others to be?
nowthat'sinteresting 03.01.2012 @ 9:58am
Interesting year 2011, but so much more to look forward to in 2012 what with the new brewery hopefully up and running and more bars throughout the country. Also, I see there are some Brewdog beers for sale on ebay just now, including Storm from 2008! What are people's thoughts about setting up an exchange-platform for the Brewdog collectable beers through the shareholder-only website? It could be like swap shop all over again! I know that people try to collect as many of the beers as possible so why not encourage it officially?