This coming weekend we are hosting the biggest collaborative beer festival the world has ever seen. On October 19th all of our bars will be tapping 12 new never-before-seen beers. All 12 of these beers are the result of our awesome bar teams buddying up with one of their local breweries.

Collab-Fest will be in all bars on October 19th & 20th. Each bar will also be hosting a meet the brewer event on the 19th with their Collab-Fest partner brewery. 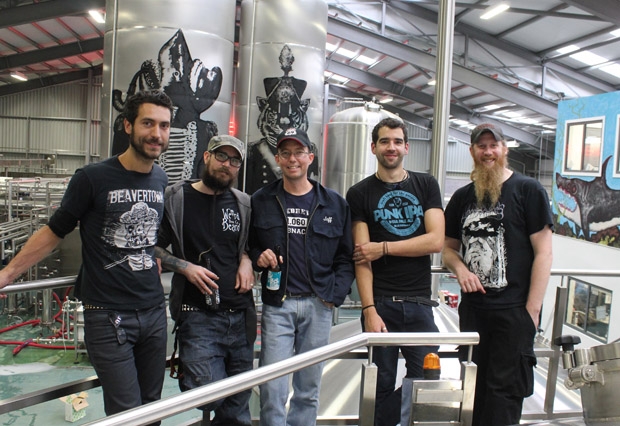 Over 130 taps accross 11 venues showcasing 12 brand new beers: Here is the low down on all the amazing new collabartive beers you can expect to find on tap in all of our bars this weekend.

After a democratic system of nominations and secret voting, the Brum team decided that … they couldn’t decide what to brew. So Jeff at Lovibonds was given the deciding vote and chose this wheaty treat from their list of ideas – brewed with lemongrass, ginger, lime leaves, coriander seed and loads of Hersbrucker hops. Let’s assume it’s called Happy Ending because everything worked out well in the end…

The Camden team set out to create an ‘almost sessionable’ but super hoppy pale ale, and showcase the under-used but awesome US Willamette hop. This continuously hopped pale ale is loaded with Willamette as well as Centennial for that big US hop aroma and bitterness and Cascade added in the dry hop for that fresh citrusy grapefruit note. But it wasn’t only hops our Camdenites were experimenting with; the team wanted to juxtapose full flavoured and full bodied Munich malt with the crispness of torrified wheat, and Weird Beard’s Bryan was more than happy to give it a shot.

Management team Fisher and Lynn were sitting merrily on a train, of course having some epic train beers. The creative juices were flowing, a kid brushed past them down the aisle and dropped his Paddington Bear toy, and thus an idea was born! Collaborating with Graeme from Tempest, the Edinburgh team created this marmalade on toast pale ale brewed with orange zest, ginger and bucketloads of toasted malts.

Aiming their beer squarely at the infamous pirate history of Bristol, these renegades have brewed up an Imperial Brown Coconut IPA. A rare style of beer - as rare as a Pirate Badger some might say - this beer was born from a mad idea and brought to life with the help and expertise of John from Arbor. True to their swabbie roots, the Bristol team took great joy in getting stuck in to the messier parts of the brewing process including breaking up hops and lugging bags and bags of malt.

No ordinary black IPA, 48 Miles Later has been brewed with some delicious beechwood smoked malts, a hearty dose of beautifully earthy chipotle and ancho chilli peppers, all finished by dry-hopping with the Glasgow team’s favourite hop: Nelson Sauvin. This beer is the result of a monster 11-hour day getting down and dirty up in the beautiful surrounds of Loch Fyne, getting stuck in the mash tun and learning the importance of pointing a hose AWAY from your face before you turn it on.

After meeting up at the Leeds Beer Festival, the Leeds team and Tom from Hand Drawn Monkey decided to go for something they hadn’t seen before: a red rye saison. Loaded with 15kg of fresh oranges and 10kg of fresh ginger, this beer has an incredible punchy aroma of spiced oranges. Named after the canine-ised version of Hand Drawn Monkey’s mascot, Jephers the Big Red Dog has also been loaded up with additions of Saaz hops and a few handfuls of pink peppercorns, plus extra orange added during conditioning.

Through a melding of their demented minds (uniting like Voltron to form one super-being), our Aberdeen bar decided they wanted something super hoppy, super flavoursome, something dark and maybe something smokey. What they came up with was this: a smoked black rye ale, a dark twist on Cromarty’s Red Rocker.

Props to Chris for figuring out the nuts and bolts of this recipe, as well as to Craig’s mum for the homemade soup and bacon sandwiches at lunch time. 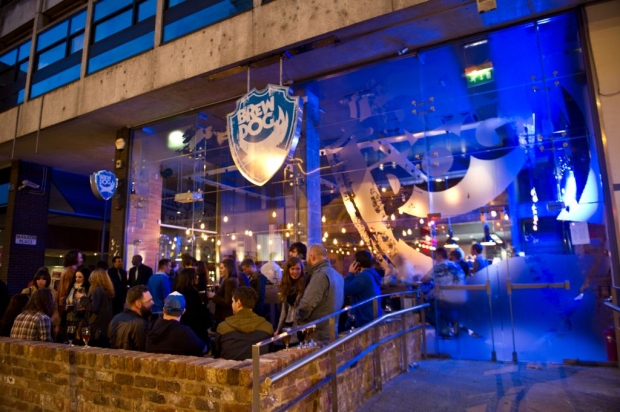 The brew day started pretty badly for our man Jim; it took him over an hour to find the Quantum brewery after the taxi driver took him to the completely wrong end of Stockport. But as soon as he got there he was in the thick of it. With Quantum being a one man brewery Jim was tasked with all the mash work, which he’s described as ‘pleasant’. But luckily all the hard work paid off in this quaffable raspberry stout.

Our Newcastle team were originally fancying a raspberry porter, but ended up opting for a raspberry saison because it’s ‘a bit more exotic’ and that’s what you need to keep you warm on the Toon quayside. Having just returned from a trip to Belgium, brewer Steve Gibbs was keen to put what he’d learned into action and took this as an opportunity to experiment. This being the first time Steve had used saison yeast, he decided to use a 50/50 mix of saison and ale yeast to get the proper saison flavours but also allow allow him a degree of certainty when fermenting.

Craft beer is all about pushing the boat out and where better to do that than on the 7 ‘C’s? Our Nottingham team set out to design a beer that was innovative and interesting while remaining accessible and tasty. So they decided to brew a (slightly paradoxical) ‘Black Pale Ale’; taking the big, bold, citrus hop character of an American Pale Ale and pairing it with the dark, chocolatey body of a Porter or Stout.

Brewed with rye, oats and wheat for a big, thick mouthfeel; and a collage of 7 different hops beginning with the letter ‘C’. Challenger and Cluster for bittering; Citra, Centennial, and Cascade for aroma; dry-hopped with Columbus and Chinook.

After formulating a massive, eclectic list of suggestions from the staff, including a Spiced Salt Beef Bagel Beer (?), our Shoreditch crew headed to Beavertown to discuss the beer with them. With sour beers having a massive effect on the UK craft beer scene this year, they opted for something that was ‘on-trend’ but also unpredictable: a Berliner Sour Stout. The brew was very different to anything Beavertown had done before and was a real challenge - it ended up taking 3 days to go from the mash to fermenter.

We're hosting a big fat beer festival to launch these beers, running in all our bars, and featuring not only the 11 bar brews but also a twelfth beer created in collaboration between all 11 brewers and us.

All 12 beers will be tapped at once, with the brewers on hand if you have any questions and more beers from the 11 breweries too. It. Will. Be. Epic.

Collab-Fest will be in all bars on October 19th & 20th. Each bar will also be hosting a meeting the brewer event on the 19th with their Collab-Fest partner brewery.