Win a trip to BrewDog Stockholm

Oh boy. Have we got a treat for you! BrewDog Stockholm, our first bar outside the UK, is running a BIG competition for all you UK-dwelling craft beer fans!

In the run up to the Stockholm Beer & Whisky Festival in October, the bar has joined forces with our local distributors, CASK Sweden, to offer one lucky pup 2 x tickets to the festival (5th October 2013), accomodation, return flights AND dinner for two at BrewDog Stockholm!

Stockholm Beer and Whisky Festival is one of Europe's largest beer festivals, (it attracted over 30,000 visitors in 2012), showcasing some of Scandinavia's top breweries. It is an awesome chance for their incredibly fast growing craft beer scene to exhibit the amazing beers and beer styles that they are being developed. The winner of this competition will get the chance to check out some of the newest, freshest talent before they make their way across the North Sea to our shores!

With Scandinavia now boasting some world-acclaimed brewers and some top notch beer bars, it is a great opportunity for BrewDog fans to come and experience this crazy land of Vikings and ABBA, and sample some truly awesome craft beer. Our Stockholm bar is rocking the scene, and has been offering craft beer fans a beacon of beery hope in the city. You'll get the chance to try some of the epic food that the bar offers, much of which is cooked with beer, all paired perfectly with some sumptuous craft brews, of course! 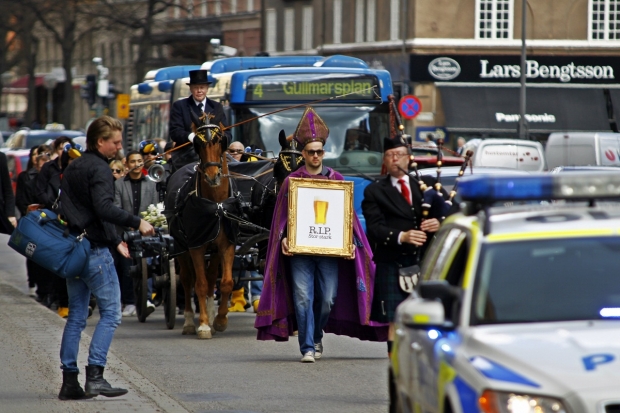 So what do you need to do to enter? Easy! Simply follow and tweet @brewdogbarsthlm telling our Swedish friends your favourite BrewDog bar in the UK by @ mentioning that bar, throwing in a few words on why they rock your socks off!

If you've not got a local BrewDog, perhaps tell us what your top BrewDog beer is and why. The most creative, clever and downright crafty entry will be selected as the winner by the BrewDog Stockholm team.

Already a BrewDog Stockholm local? If you live a bit closer to the bar than the UK's craft beer fans, check out our competition for Stockholm Beer and Whisky Festival especially for locals here !

Here's the nitty gritty:
- All entries must be received by the @BrewDogBarSthlm account between 1st - 15th September, and they will contact the winner on 16th September.
- Flights will depart from a London airport on 4th October, returning on 6th October
- Entrants must be 20 years or over and hold a valid passport
- All entries must be made to @brewdogbarsthlm twitter account and consist of just one standard 140 character tweet, mentioning the bar (or beer) you're a fan of and why.
- The winner will be notified by Direct Message on Twitter on 16th September to confirm they are able to attend. If the prize is not claimed within 1 day of this DM being sent, a new winner will be chosen.