On May 10th we will be holding our first ever official event at BrewDog Edinburgh.

Greg Koch, Co-Founder and CEO of the awe-inspiring Stone Brewing Company from California  (www.stonebrew.com) will be presenting Stone beers at BrewDog Edinburgh as part of a Total Tap Takeover - 13 Stone Beers on draft!

His brewery, Stone Brewing Co, was named by BeerAdvocate as ‘The All Time Top Brewery On Planet Earth,’ and the company is widely known for brewing full flavour beers as Stone Ruination IPA and the infamous Arrogant Bastard Ale. Greg is also an ethical food crusader with a huge passion for great food and cutting edge beer, and the most eloquent craft beer evangelist in the US.

We will also have special pizzas available - designed to compliment the Stone Beers! 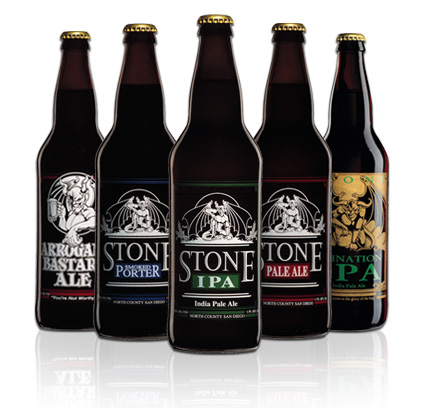 As well as Stone classics like Ruination IPA and Arrogant Bastard, there will also be some pretty awesome limited release beers such as

all available on draft, many for the first time ever in Europe.