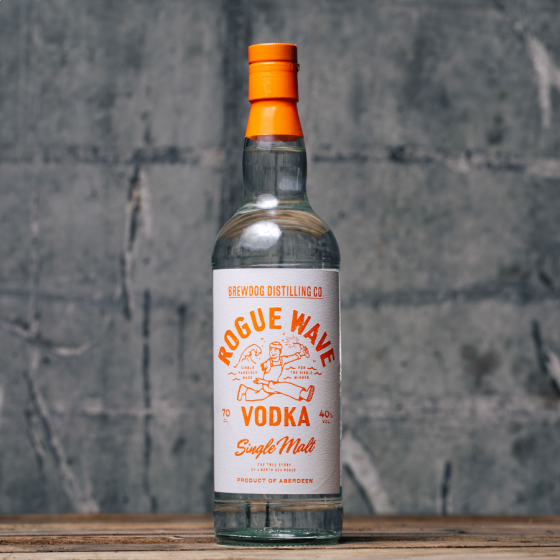 Rogue Wave, a single malt vodka in tribute to the cousin of James Watt, one of BrewDog’s Founders’, One-Armed Alex, a man you’ll never forget.

When it comes to going rogue, One-Armed Alex wrote the book - once he learned to write again. With his good arm floating somewhere in the North Sea due to a freak fishing accident, Alex refused to be left swimming in circles, and instead dived head first into life. He laughed at doctors and went straight back to sailing, throwing fireworks at boats, just because.

Distilled over 7 days, vapour passes through the World’s first triple-bubble copper pot still, before it hits the 19 metre rectification column - the higher it goes the purer it gets. Extreme copper contact gives uncompromising quality, filtering just once, so the spirit keeps its soul. Crisp, clean, with subtle notes of icing sugar and vanilla. Rogue Wave is a vodka you’ll never forget.