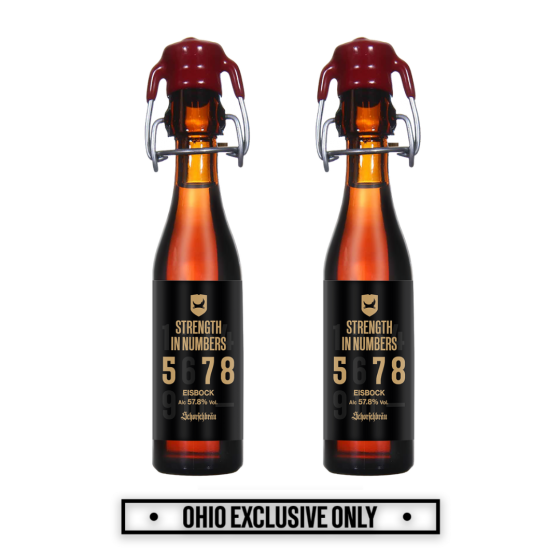 Over a decade ago we entered an international ABV race against German brewery Schorschbräu to brew the world’s strongest beer. The back and forth that ensued became the stuff of beer legend. In 2020, we joined forces with Schorschbräu for the ultimate collaboration: Strength in Numbers.

This is a 57.8% beer that reaches its colossal ABV through the traditional eisbock method, which means freezing the beer and removing chunks of ice (water) so that you’re left with the concentrated high ABV liquid. The beer also features a blend of BrewDog’s own Death or Glory, an ice distilled Belgian golden ale that’s been sitting in whisky casks for 10 years. The result is unlike anything you've had before or are likely to have again.

Crossing the pond is not always easy, but it's finally time for the US to get a chance to taste this legendary liquid.

Due to the high ABV of this brew and state regulations, this bottle can only be shipped within the state of Ohio.