We were very lucky. Our Spanish friend Gabriel from Zombier managed to help us source some epic red wine barrels. These 600L beasts previously held the sweetest and darkest Spanish red wine. We got them shipped over direct from Spain immediately after they were emptied meaning they were insanely fresh and a very exciting brewing prospect.

Stewart Bowman, our Head Brewer, devised an Imperial Brown Ale designed to perfectly complement the wine flavours and extract maximum depth and character from the giant barrels. We also felt the Imperial Brown Ale was ideally suited to be barrel aged and as well as the infusion of the Malaga wine character would also benefit added complexity and maturity from the time in oak.

At 600L these are by far the largest barrels we ever filled.

The beer is now bottled and ready to rock. You can get your paws on some AB:10 here http://www.brewdog.com/product/abstrakt-ab10

Abstrakt are directional, boundary pushing beers. We release only a very small number of limited edition batches of Abstrakt per year, each batch is known only by it’s release code.

They are designed to be aged, collected and savoured with an air of aristocratic nonchalance. 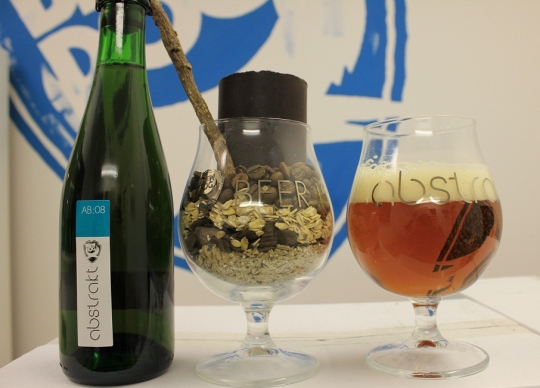 Here are details on the 10 releases to date: