Change is brewing. A new look BrewDog is coming. brewdog.com

More predictions from our psychic pooch...

There's been a lot of stories flying about in the press recently about the psychic powers of pets. That's right, mystic mice and telepathic terrapins are becoming quite common but  in true BrewDog style we've been one paw ahead of the pack thanks to our trusty labrador, Bracken. Bracken's been dusting off his crystal ball for quite a few years now and 2012 is no exception, so roll up, roll up as we peer through the mists of time at another year ahead.

1.Bracken carries the Olympic torch through the streets of Fraserburgh

With the 2012 Olympics a mere six months away, the hunt has intensified to find a squad of 'local champions' to carry the Olympic torch through our nation's towns and cities. With over five years experience in stick carrying, navigating crowds of cheering people and a background in arson, we believe Bracken to be the ideal candidate to carry the prestigious flame through the streets of Fraserburgh. We've filled in the application form and the small print didn't say runners with four legs need not apply so we'll keep our paws crossed.  We are also hopping beer golf and bowling makes it into the Olympics!

2.Martin designs and launches his first line of women's clothing

Our head brewer and BrewDog co-founder, Martin, has a passion – a passion for women's clothing. From the way they accentuate his figure to the range of adorable fabrics which 'just aren't used in men's clothes', Martin has fully embraced female fashion and there's already two videos (http://www.brewdog.com/blog-article/sunk-punk & http://www.brewdog.com/blog-article/brewdogs-alternative-queens-speech) to prove it. So in recognition of this, 2012 isn't just going to be a year that's jam-packed with more awesome, ground breaking beers it's also going to be the year that Martin diversifies his craft by launching a clothing range, designed specifically for 'handsome' women.

3.Equity Punk shareholders each receive a tank in the fight against the mainstream

Our second share offering, Equity for Punks II, recently closed ahead of schedule due to overwhelming popular demand. This means that we now have 5,746 lovely new shareholders that are standing up for the craft beer cause and will be joining us on the front line in the fight against mindless and monotonous mainstream brewing. We're well aware that the road ahead is no walk in the park which is why we're equipping each and every one of our Punks with their very own BrewDog-branded Russian T-90. There really is not better way to draw attention to yourself and your cause than holding up a street with a tank. Fact.

4.BrewDog will succeed in another 'world first'...by brewing the world's first beer exclusively for dolphins

The perfect course for anyone wanting to wanting to learn the ins and outs of changing the face of British brewing, modules on the course include 'guerrilla marketing', 'dressing in leiderhosen' and 'taxidermy for beginners' to name but a few. There's plenty of brewing courses across the country, but few whose dean is a chocolate labrador who's guaranteed to spend most lectures dressed in a sailor suit...or better still, asleep. 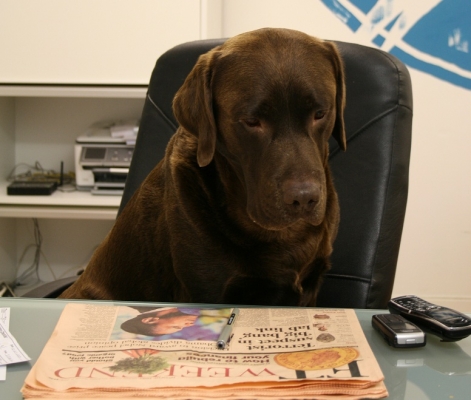 Stephanos 04.02.2012 @ 11:17am
James, when do we get the welcome packs and any more info re. Agm?
xxxX 03.02.2012 @ 10:48pm
T 90s are crap. I would recommend brewdog shareholders save there money and get a M1A2 Abrams or a Leopard 2 or even a Challenger 2............... Should really get the Challenger 2 though, what with the state of the economy... BUY BRITISH.
Will 03.02.2012 @ 6:59pm
Wait.... did you say T90?
Bracken's Bitches 02.02.2012 @ 3:08pm
How about :A Bracken's Bitches Beauty Pageant?A Bracken's Bitches Beer & Music Festival?A Bracken's Bitches beer drinking club in every city in the world?It's a BrewDog world, and we're all Bracken's Bitches
ianprise 02.02.2012 @ 2:13pm
Not Turkmenistan. I'm just going to gatecrash the Local CAMRA meeting in it and force them to drink pints of Hardcore IPA at gunpoint until they admit that it's actually quite nice beer and that they wished they had tried it sooner.
mark 02.02.2012 @ 1:53pm
wow ian prise knows a little to much about tanks , think he might be planning a coup of turkmanistan
ianprise 02.02.2012 @ 1:19pm
Great choice in tank. Reliable and economical diesel engine, main gun with auto loader and 2 machine guns, loads of electronic countermeasures, and composite armour which has been battle tested. One took 7 RPG hits and remained operational. Parking it won't be a problem either. The neighbours will soon learn not to park in your space. Can't wait till I get mine.
Christopher S 02.02.2012 @ 12:51pm
The dolphins will never be great full for you offerings. All they ever say is "so long and thanks for all the fish."
BenH 02.02.2012 @ 12:24pm
As a shareholder I'm a little concerned about point 4. I'm happy for it to go ahead so long as the dolphins pay for the beer. They're not really known for their monetary wealth....On a more serious note, please bring ghost deer back to Edinburgh
papafuzzz 02.02.2012 @ 12:16pm
What highers did I need to entry to the degree program? Will BBCC do me?