Shop All Beer
Beer Bundles
How We Brew
Ingredients
Headliners

Experimentation is in our DNA

Ever since we started back in 2007, we’ve been hellbent on breaking boundaries and redefining what beer can be.

After brewing Tokyo* in 2008, an 18.2% beer that ruffled some feathers at The Portman Group, we became obsessed with pushing the limitations of high ABV beers and looked at new methods to create the beers we were dreaming up.

It was freeze-distilling that really allowed us to explore this concept further, which was inspired by the mythological Eisbock, a beer style that was accidentally discovered back in 1800s Germany after a keg was left out in the bitter winter. The water in the beer froze, leaving the concentrated, higher ABV liquid. The concept of freezing beer worked in our favour, as BrewDog co-founder James Watt knew someone with an ice cream machine. So we got access to that machine and began to experiment.

While some will add ethanol to the brew to boost the ABV, we prefer authentic methods where no corners are cut. The process of brewing followed by the freezing gives us the chance to create a beer in its truest and purest sense. Nothing is added and only water is removed. And that’s what led us on a path to brewing the world’s strongest beers.

Over a decade ago we entered an international ABV race against German brewery Schorschbräu to brew the world’s strongest beer. The back and forth that ensued became the stuff of beer legend.

In September 2020, another chapter in this epic saga was written. This time, it’s one of camaraderie as we joined forces with Schorschbräu for the ultimate collaboration.

Strength in Numbers is a 57.8% beer that reaches is colossal ABV through the traditional Eisbock method, which means freezing the beer and removing chunks of ice (water) so that you’re left with the concentrated high ABV liquid. The beer also features a blend of BrewDog’s own Death or Glory, an ice distilled Belgian golden ale that’s been sitting in whisky casks for 10 years. Only a small number of 40ml bottles were available, which disappeared into the hands of a few lucky people in just one day. 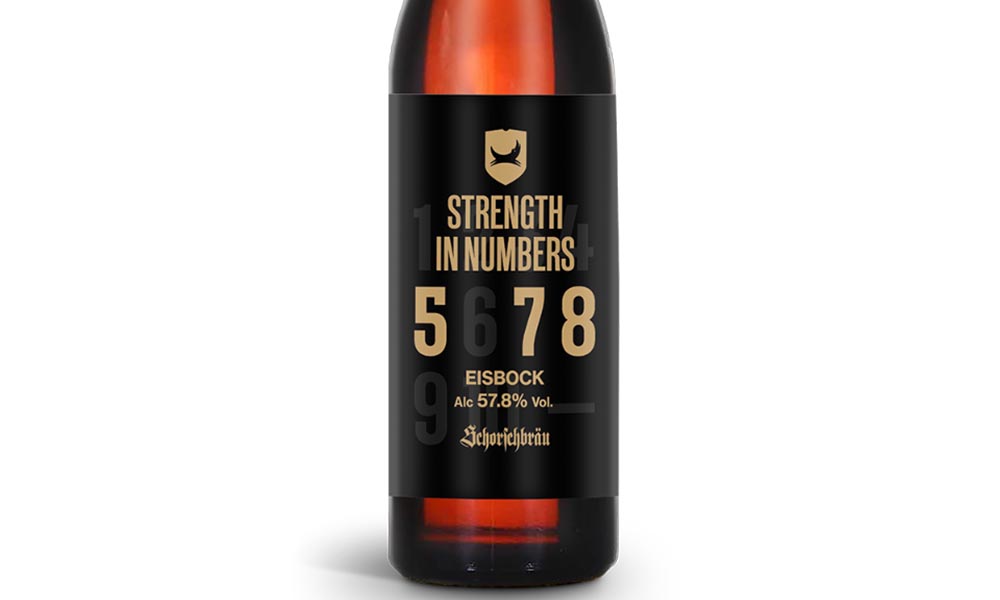 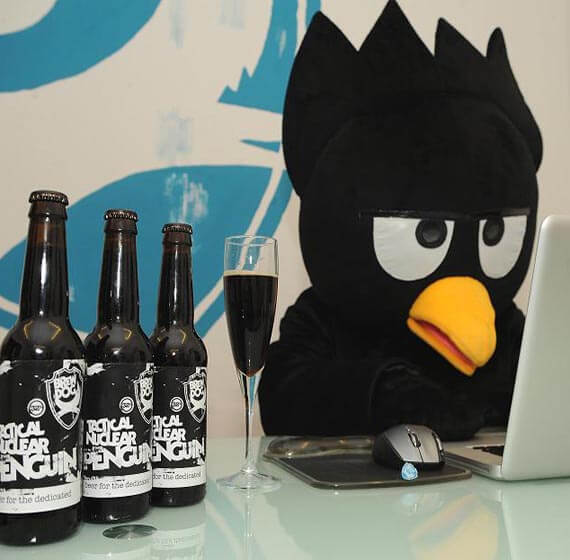 Just two years after BrewDog started, we reached the peak that was Tactical Nuclear Penguin. We had always been about pushing the boundaries and seeing where experimentation can lead – even over a decade ago, it was part of our core DNA. In the autumn of 2009, we released just 500 bottles of a 32% imperial stout wrapped inside a paper bag hand-decorated with a penguin. 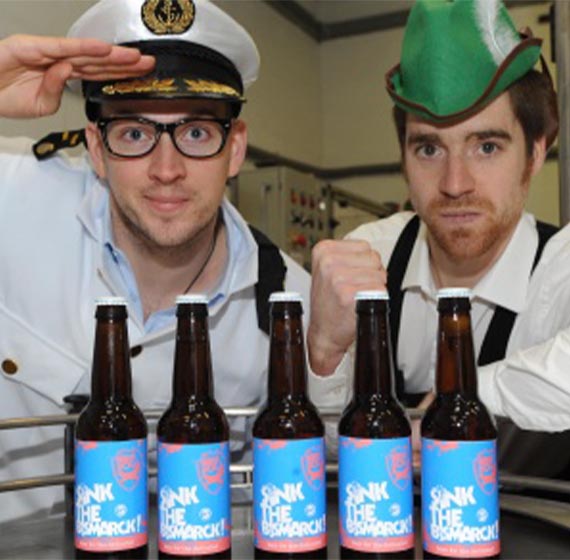 This is IPA amplified, the most evocative style of the craft beer resistance with the volume cranked off the scale. Kettle hopped, dry hopped then freeze hopped for a deep fruit, resinous and spicy aroma. The liquid is smooth and delivers a crescendo of sweet malt and honey, sticky hop oils and a torpedo of bitterness that lasts and lasts. This is an IPA of colossal significance that broke boundaries and redefined what beer could be. 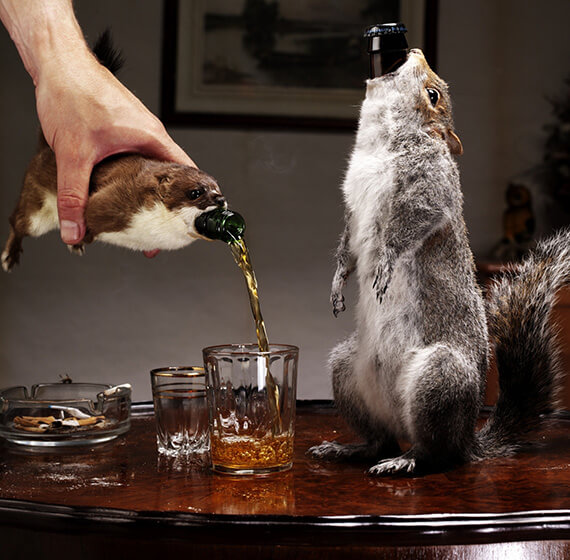 This blond Belgian ale is infused with nettles from the Scottish Highlands and Fresh juniper berries. Only 12 bottles have been made and each comes with its own certificate and is presented in a stuffed stoat or grey squirrel. The striking packaging was created by a very talented taxidermist and all the animals used were road kill.

The liquid itself is a colossal 55%, which in 2010, made it the strongest beer on the planet (maybe the universe). Brewed using the same Eisbock freeze-brewing method as Sink The Bismark and Tactical Nuclear Penguin, the final result is syrup-thick with lashings of intense dark malts, burnt toast and rich molasses. Incredibly full bodied, it pours with absolutely no head.